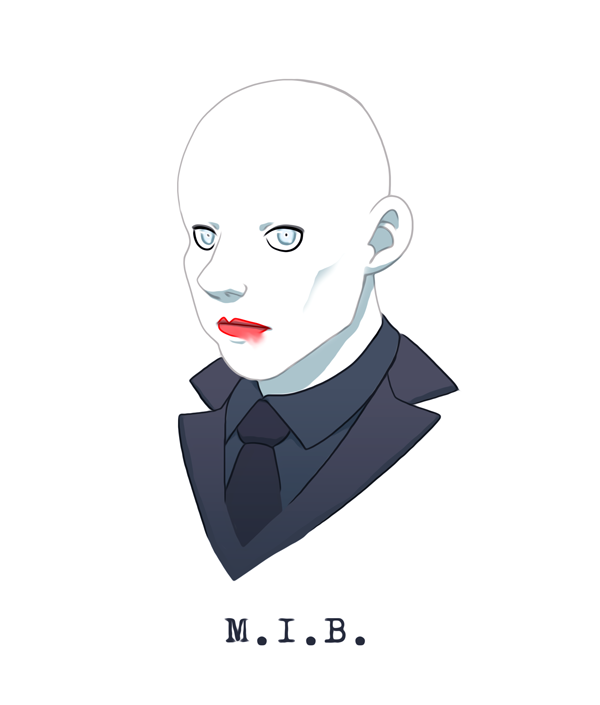 Thanks to the Will Smith movies people think Men In Black are humans working for the government to keep aliens a secret, but the Men In Black form UFO lore that people claim to have met are much weirder.

Their skin is a deadly white, and their mouths are just slits with no lips which they try to cover up with red lipstick. They are completely hairless, even lacking eyelashes which they sometimes make up for with eyeliner (They sound boderline fabulous).

They don’t know how to use normal household objects and are confused by things like forks. If you talk on the phone with them there will be static noise in the background. They tend to appear in weird places, not out of the blue but like they’ve been waiting for people. Like vampires they will only enter your house if you invite them in, but even telling them over the phone that they can come over and talk with you will be considered “inviting them in” though. They have weird monotone voices and eerie laughs.

They claim to be government agents and will threaten people to keep quiet about their UFO/alien encounter or demand to see evidence that has been collected, but then never follow up on it. In general they seem to be specifically tailored to be weird and creepy but non-violent.


Wow, that's some good info! I remember hearing some things about these guys but not the makeup.
Emmez


Interesting. How about fake eyelashes?
frank0ys


...I've read about them. Mostly in articles and creepypasta.
FrankHarr


I remeber Reading about this and thinking it was super creepy. Your drawing looks pretty close to what I imagined. Good job!
Add comment: Please Sign in or create an accout to comment.