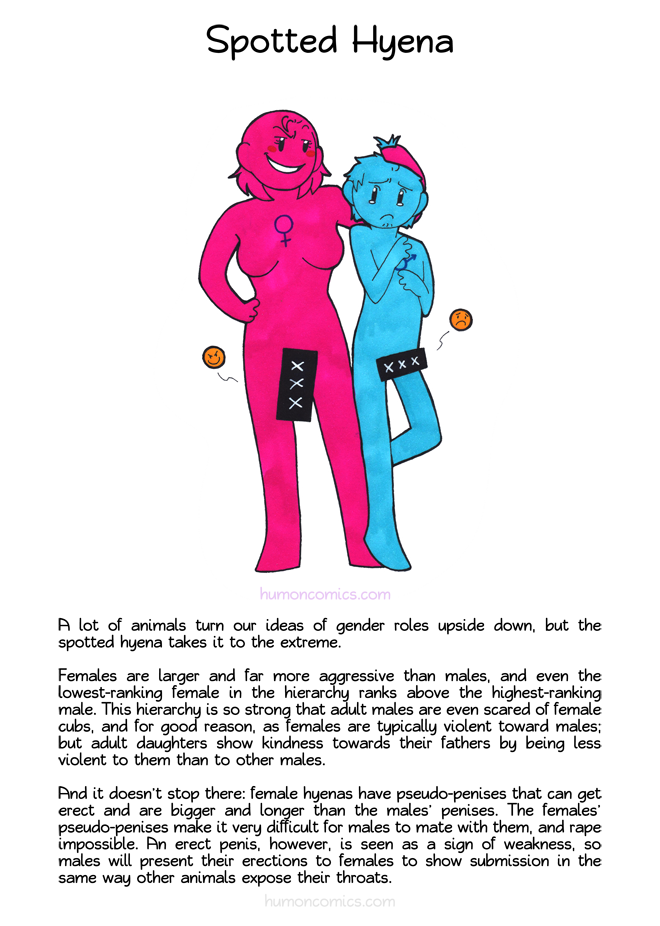 They say spotted hyenas and lions are arch enemies, and a humanised version of their rivalry would probably make for some interesting stories. Because a lion pack is also made up of a lot of strong women, and unlike the hyenas lions don't have a real hierarchy.
We tend to think of the male lion as being head of the pack because he is stronger and can beat a female, but it's common for the females to gang up on him when they think he is being too cocky and need to be put in his place. So it isn't like the hyenas where lower members don't dare attack the higher ones.
Doesn't make the lions saints though. They steal the hyenas' food more often than the other way around.


Did anyone else think about the girl hyena from the Lion King?


@animefreak728 Yes I did xD
potatoe4life


A male cat is TERRIFIED of a even a baby female cat!
FatefulFantasy


I feel odd for kinda digging this. Then again I'm kinda submissive.
6ArTrA6


That reminds me of the amazon and her male. xD


Those hyenas sound amusing, they are quite a different society but entertainingly different. Those differences provoke quite a fair share of thinking too.
kaichrono