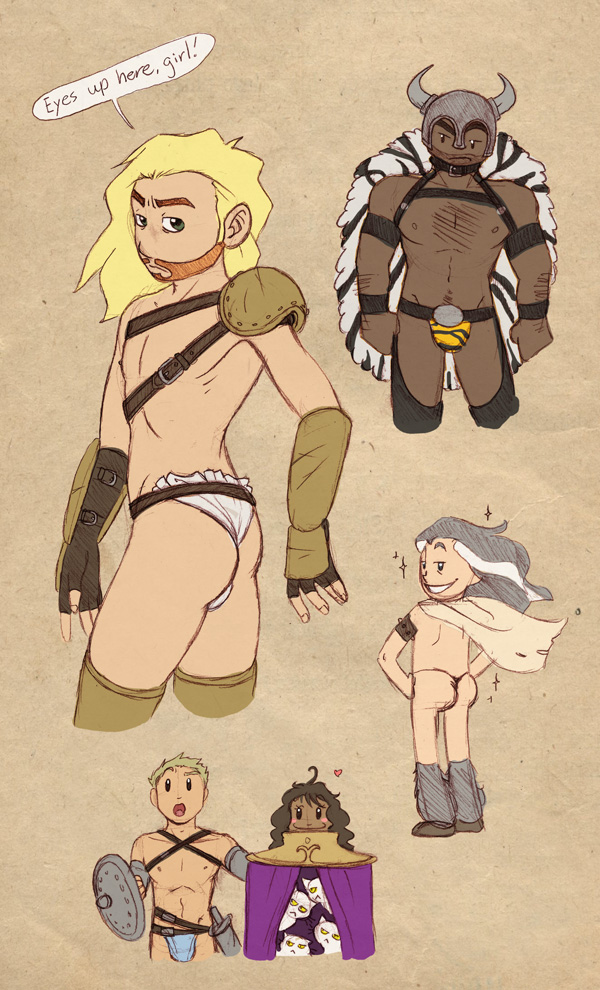 I was supposed to work on stuff to sell at the London Expo convention in May, but I've been awfully sick all day and didn't want to risk ruining what I've already made, so here are some almost-naked fantasy warriors instead.

I've always been an "all or nothing" kinda' girl when it came to skimpy armor, meaning either both men and women wear proper armor, or broth men and women wear ridicules ineffective armor that shows too much skin. I'm fine with either. It's when only the women look like fantasy strippers that I get a bit pissed off.
(Luckily we don't have that problem around here in fantasy http://www.youtube.com/watch?v=KuWrhLaellg :XD


'Sparkle -Butt' made me LOL... =3
And, even being a guy, I agree with full armor for both or skimpy for both.
Beasty


Ronal the Barbarian, huh? Any relation to Nijal, the Destroyer?


So, you went the Conan route?
Jazhara7


I'm wondering, Humon. Have you ever seen "Ronal the Barbarian"? It's a movie by a Danish team, and it is hilarious. Take a look: