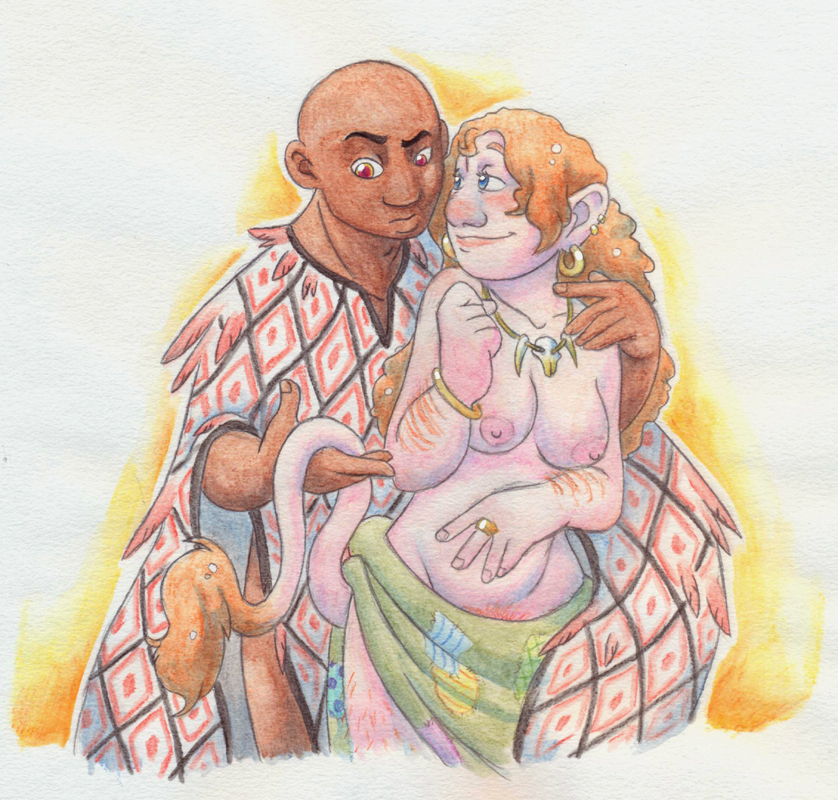 A troll and a slightly disappointed impundulu.

The way an impundulu was described to me: A vampire/shape shifter/demon that looks like an African supermodel who can seduce women and belongs to a witch, who use him as a sex slave and pass him on to her daughter when she gets too old herself.

An impundulu can turn into either a red/black, red/white or red/black/white bird, which is why I put feathers on his clothes.

How the troll ended up in Africa, I don't know. The idea behind the picture is that he was right in the middle of seducing what he believed to be a normal human woman, when he suddenly noticed that she had a tail. I like to think that she starts following him around and that they eventually fall in love.


His face more like "Uh, not the tail i expected to grab" than actually disappointed...
FH2ElectricBugalu


Well, she's obviously the sister of the other troll and has a similar wanderlust. Or, she could be his ex-wife. They decided that they could get along best if he went one direction and she the other. Or, they're true loves fated to always be in the same spot as the other six months after that person has moved on. Never to know each other, they find love anyway.

Anyway, she'll have to free him, somehow, unless he's run out of daughters to serve.


i like the touch of demonic eyes too c:
dnaivnae