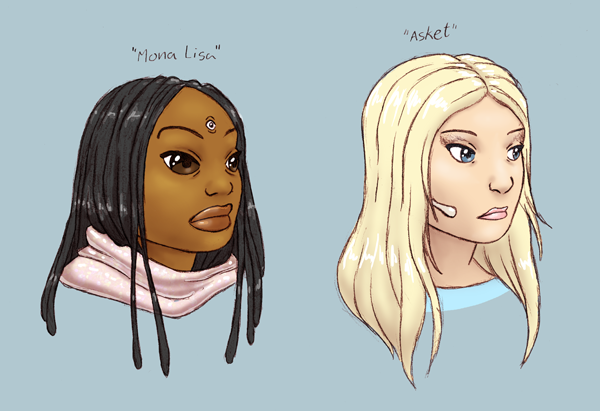 Mona Lisa was found hibernating in a huge, ancient spaceship on the moon by astronauts. She was the only one still alive, though the astronauts couldn’t wake her up. They named her Mona Lisa because they thought she was so beautiful.
She looks more alien (huge eyes, a third eye) than Asket because the hoaxers actually took the time to make a model of her for their videos.

Asket was a teacher who had been educated in human cultures and languages to be better prepared for contacting us. She is of a more New Age nature because she could contact people telepathically and talked a lot about peace.
She looks exactly like a human because the hoaxer just took a photo of a woman on TV and claimed it was an alien.