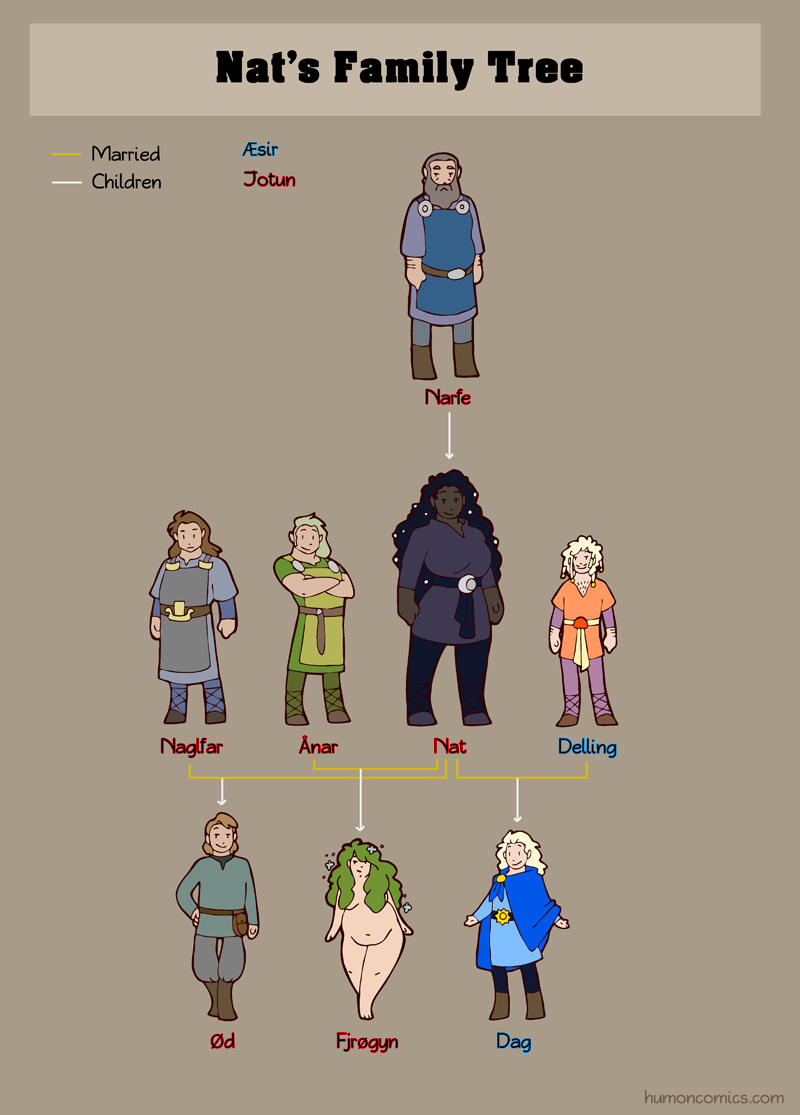 Nat is the goddess/embodiment of the night, and mother of the embodiment of Earth, Fjrøgyn, and the god of daytime, Dag. She’s also Thor’s grandmother.

I wasn’t sure how to draw the married lines. It’s only said about Nat that she married three times, but never that she divorced any of her husbands or that they died, so for all we know she has three husbands. Frigg had two husbands for a while, so it’s not unthinkable.
Besides, we’re never told what the marriage traditions are amongst the Jotun. We are told the Vanir gods marry their siblings, so maybe it’s common for Jotun to have more spouses?

Naglfar having a boat on his belt is a little joke because he shares a name with a ship.

Really like the different styles. Delling looks kinda from the 70s. ^^


can we talk about how Narfe just looks like he is done with everyone's bull shit and just wants a nap.
DaugtherOfTheSea


Ahhh, Naglfar, the ship thets made of dead poples nails, is bog enough for all the gods to fit on (I think) and can bu folded together small enough to fit in your pocket... Who did my dear ancestors come up with this stuff?
WestofAragon


Does anyone know where one can find good reading about the old Norse myths? I've looked at local book stores and can't find anything substantial.
Fluffkin


Would be fun if we knew something about Freja and her brothers family. However despite them being said as norse gods they are actually from another "species" of godlike creatures. Forgot the name of the other tribe :/