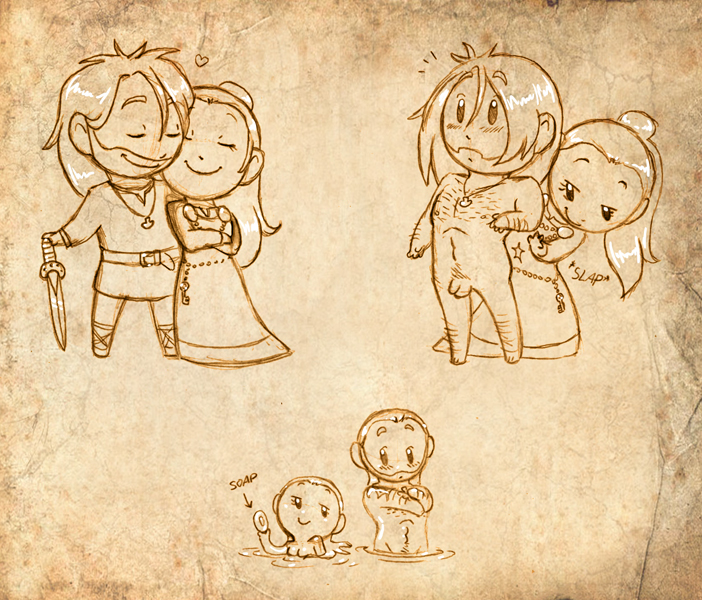 Some sketches of the Viking couple again.
About the bottom picture: Vikings were oddly enough the cleanest people in Europe at the time. Not only did they wash their entire bodies once a week, they washed their hands and faces every day, which other Europeans thought was incredibly strange. The Vikings had been to the Middle East and had learned cleanness from the people there, though the Middle Easterners still thought they were a tad too dirty. XD


Herro who is dis?
IsaacsLaughing


Ah, let it not be forgotten that they had tiny spoons for cleaning wax out of their ears.


Has anyone else thought that the viking wife, may be a distant ancestor to niels? just saying, they seem a lot a like!!!
WhiskeyGirl


I need a viking husband...<3
DeletedAccount


They also LOVED to clean their hair and even the men would buy expensive combs so they could always look their best.
DeletedAccount


i love him. i love the faces you make your men make.. so cute
SamiFace