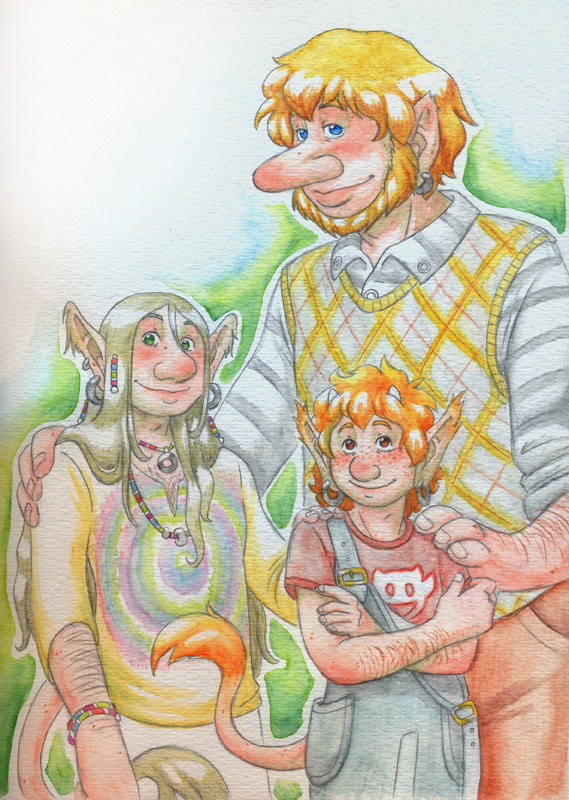 It's been a long time since I last did some proper troll art. These guys are supposed to be Norwegian (big one), Swedish and Danish (small one) trolls.

They're inspired by how they're usually drawn in each country, mixed with my own style of course. Norwegian trolls are usually somewhere between big and huge, sometimes have three heads, and in modern days have been greatly inspired by Theodor Kittelsen.

The Swedish are often depicted with long straight hair thanks to John Bauer. I gave this guy a hippie look because John Bauer's trolls look more primitive and "in touch with nature" than the rest.

Denmark doesn't really have a truely defining troll artist, but we got the Troldepus books and Dam Trolls which gives you an idea of how they're usually depicted.


These kinds of art are my favorite.
FH2ElectricBugalu


Nice. I wonder if this is the family of those two wondering trolls of yours.


I absolutely love how I can see Norway, Sweden, and Denmark from SatW in these guys. It's the eyes and expression (and size, and in D's case, the hair). <3
jonaserkul


Thanks for the names - I've often seen the art, but never knew the artists.
LuckyLuigi